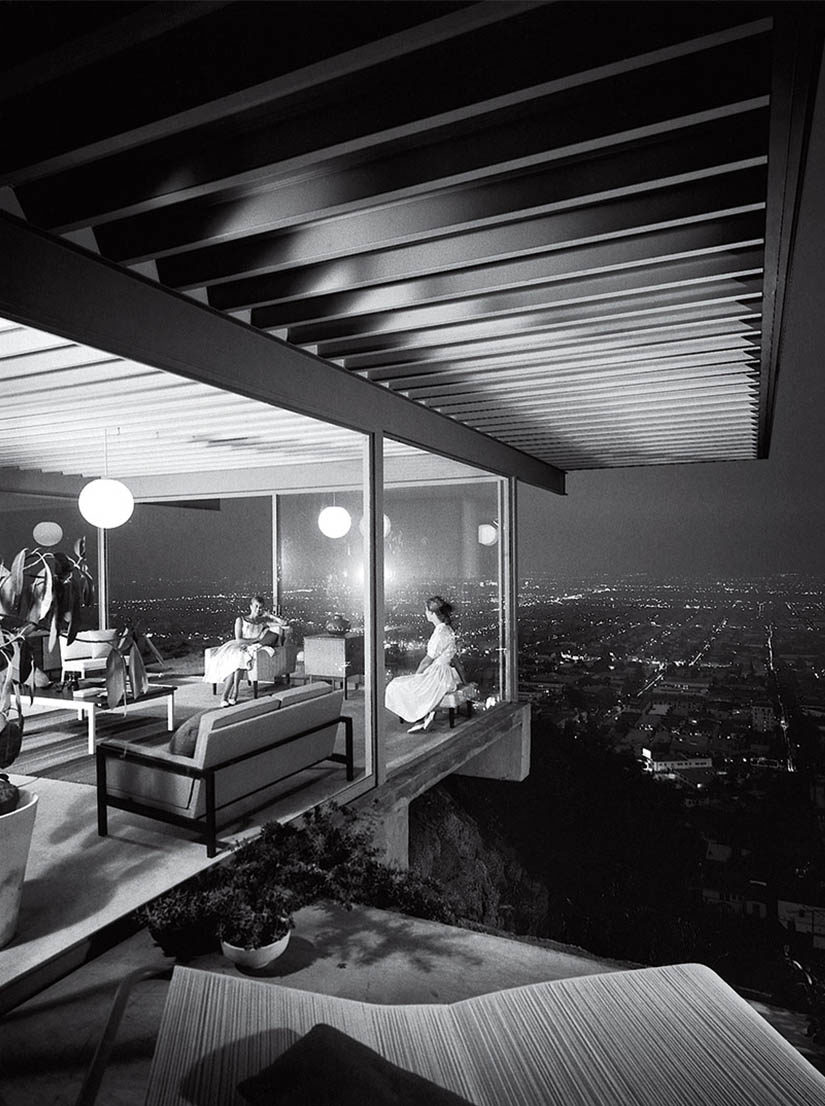 For decades, the California Dream meant the chance to own a stucco home on a sliver of paradise. The point was the yard with the palm trees, not the contour of the walls. Julius Shulman helped change all that.
In May 1960, the Brooklyn born photographer headed to architect Pierre Koenigs Stahl House, a glass-­enclosed Hollywood Hills home with a breathtaking view of Los Angeles—one of 36 Case Study Houses that were part of an architectural experiment extolling the virtues of modernist theory and industrial materials. Shulman photographed most of the houses in the project, helping demystify modernism by highlighting its graceful simplicity and humanising its angular edges. But none of his other pictures was more influential than the one he took of Case Study House No. 22. To show the essence of this air-breaking cantilevered building, Shulman set two glamorous women in cocktail dresses inside the house, where they appear to be floating above a mythic, twinkling city. The photo, which he called “one of my masterpieces,” is the most successful real estate image ever taken. It perfected the art of aspirational staging, turning a house into the embodiment of the Good Life, of stardusted Hollywood, of California as the Promised Land. And, thanks to Shulman, that dream now includes a glass box in the sky.

Welcome to The Wall

Knowledge is the power. Information is liberating. Education is the premise of progress.